The 2015 Liqui-Moly Bathurst 12 Hour was quite simply a classic race with a wide mix of GT cars from various manufacturers adding to the growing appeal of the race in both Australia and around the world. Hong-Kong based Craft Bamboo Racing, a top-notch Asian GT outfit and an official technical partner of Aston Martin Racing, committed early to the race and entered a pair of V12-power Aston Martin Vantage GT3s.

Their efforts in the Mount Panorama classic would land them a podium position at the end of 269 laps of racing (amid a record 20 Safety Car periods!), with the team’s ‘strike weapon’ Autoart and Biante-backed #97 entry featuring in the wild dice that determined the podium positions in the final laps.

However, the #97 Aston would be a factor in the race all day, which culminated late in a multi-car scrap for victory.

It was not without controversy though, with Mucke making contact while lapping David Brabham’s Bentley at the Cutting in the closing stages that sent the former Le Mans 24 Hour winner into the concrete wall. Then Mucke made a bold challenge on the Bentley of Matt Bell on the final corner of the race, the contact with the Continental GT3 slowing it sufficiently to allow the Aston to sprint past and claim the final spot on the podium, 2.8-seconds behind the winning Nissan and just four-tenths shy of the runner-up Audi. The result also gave the O’Young/McDowell/Mucke line-up second place in the GT3 Pro-Am Class behind the Audi.

“It was a very exciting last lap, the engineer told me half way through that it was the last lap and I had to push as hard as I can,” said Mucke. “The Bentley and the Audi were fighting for position obviously so I had a good exit out of the long straight and I overtook the Audi there, then I had just one corner left to try and do something. We actually went all three side-by-side into the last corner, the Audi had that run on the outside, then it was me second through and the Bentley third out of the corner, so it was a very exciting last lap. “It was great to be here, an absolute sprint race for us and we are happy to be in third place. This is just amazing, it is a great track, it is very challenging, but the whole team did a great job, Alex and Darryl did a great job, we all tried our best today and we can be happy with third place.”

Brit MacDowall, a former British and World Touring Car Championship driver, had spun during his stint at Griffins Bend and lost the #97 entry plenty of time as he tried to get it turned back around with minimal steering lock available. “I did not really think I would be on the podium after that spin, I thought I threw the podium away,” he said. “I needed to calm down after and it took a few more laps to get into the rhythm, but then we were closing P2 and when Stefan got in and the Safety Cars happened it really helped and I thought we were in for a shot. “But then that spin happened and I hit the wall and I thought ‘this will be some damage and we will have to go back to the pits’, but it seemed OK and we got back to a reasonable place. It is just such a challenging track and I think I overstepped the limit a bit, but we learn from our mistakes.”

O’Young, who won the race in Audis in 2011 and 2012, said the pace of the 2015 race was top notch. “The stint was on the limit, with ‘Winky’ (Marcus Winkelhock in the Vanthoor Audi) behind and also a whole line of other cars chasing, there was really a lot of pressure and we were pushing for qualifying laps every lap. “Basically I am really just proud of Craft Bamboo Racing up against all the factory teams, we are a private race team from Hong Kong so to have a fight in this race and have a chance to be on the podium this year is a great thing for our first year.

“It is interesting, your really have to keep fighting your way up the field, with Safety Cars coming and everything, you always have to be in front of the Safety Car. “We got there, everyone in the team drove well, it is just things came at the wrong time, a bit too late in the race, but Stefan drove a mega last stint and got us back on the podium, so really a great job by everyone on the team.” 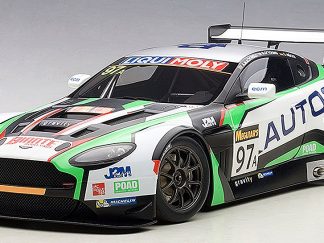