The first model to be released under this new brand is a Ford Falcon XP coupe. Below are the key features of the model:

Introduced in March 1965, the XP Falcon was the last face-lift of the original Falcon and featured an aggressive, squared off look to the front end and more solid styling overall. Ford were determined to finally produce a Falcon suited to Australian conditions.
It won Wheels Magazine’s “car of the Year” award in 1965. 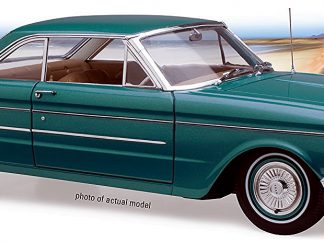