Although the No.4 Holden HT Monaro GTS350 finished out of the points in the first round at Calder Park, it did set a new lap record, which sent a clear message to the other teams that the car was going to be competitive for the remainderof the Championship. The second and Third Rounds at Bathurst and Sandown respectively, were won by Holden HT Monaro. A second place at Mallala and another race win at Lakeside gave the HT Monaro a total of 33 points for the year to that point.  Despite an engine failure during the last of the last round at Symmons Plains, the No.4 Monaro had sufficient points to still claim the Championship ahead of Jim McKeown and Bob Jane.

A special Gold Livery Holden HT Monaro to celebrate the 50th Anniversary of the 1970 ATCC win. 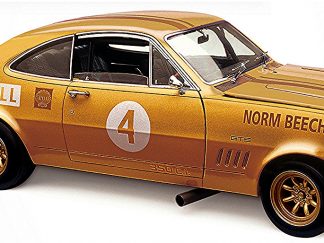