(Includes a signed Certificate of Authenticity by both drivers)

Biante Modern Historics series. This new series focuses on replicating iconic Australian race car liveries from the past on modern, contemporary racing cars with the first edition to this range being the 1:18 Scale Holden VF Commodore featuring the famous livery raced by Larry Perkins and Russell Ingall to win the 1995 Tooheys Bathurst 1000.

While a trend has developed in recent years of top tier V8 Supercar teams occasionally racing with historic tribute liveries at particular events, the theme of replicating historic liveries on modern body shapes has been going on behind the scenes for a long time. Many enthusiasts and collectors across Australia have found themselves wondering what some of the famous liveries of the past would look like on modern cars, with some even going as far to produce their own fantasy “code 3” model cars among a variety of other creative mediums. This is a passion that Biante have admired from afar for quite a long time and are now proud to bring this interesting concept to the wider collector market.

Given it’s the 20th Anniversary of their Bathurst 1000 win, it seemed fitting that the first model from us in this range would replicate Larry and Russell’s 1995 livery, an absolute classic among racing enthusiasts. This model uses our current Holden VF Commodore V8 Supercar tooling which features fully opening parts other than the boot and nicely replicated detail. 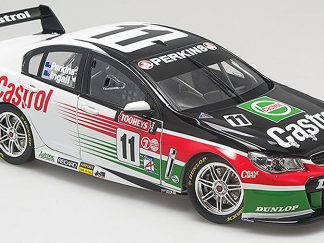