When Holden Special Vehicles planned the celebrations for its 20th anniversary, it decided it had to produce a very special car to commemorate the event, and the result is the limited-edition W427.

The name, however, honours the company’s founder – Scotsman Tom Walkinshaw – and the engine capacity in cubic inches, which translates to 7.0 litres.

Production has been capped at 427 units, but there is no guarantee that HSV will build this many because they say it depends on demand. In any case, it will take quite some time to build 427 cars because they are being hand-built at a rate of only a handful per week.

The LS7 engine was developed for the Chevrolet Corvette in the United States and comes almost complete from General Motors in Detroit, but HSV adds its own dry sump, exhaust system and cold air induction system at Clayton. The car develops a heady 375kW of power at 6500rpm and 640Nm of torque at 5000rpm. 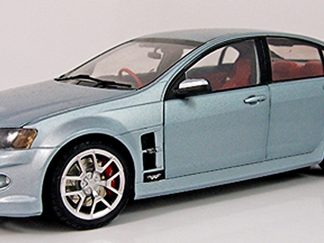