The Wog Boy film (2000) grossed over 11 million dollars in the Australian Box Office and released a sequel due to the movies success. The 1969 VF Valiant Hardtop had a 245 cubic-inch (4.0L) 6-cylinder Hemi engine, and then later was replaced with an 8-cylinder engine later in the movies production. This model will become a piece of Australian movie history that you won’t want to miss! 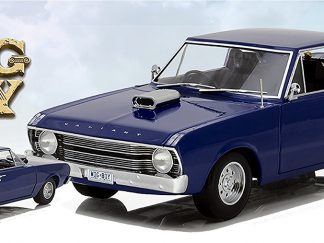