BP’s origins date back to 1908, when British geologists discovered large deposits of oil in Iran, starting the Anglo-Persian Oil Company (APOC). In 1919 APOC first shipment of fuel landed in Australia, and in 1920 the APOC formed a joint venture with the Government, selling fuel under the Commonwealth Oil Refineries (COR).

The British Petroleum (BP) name was adopted in 1954, and continues to this day. BP has been influential in Australian motorsport, sponsoring drivers and events ranging from Touring Cars, Grand Prix and Land Speed Records. 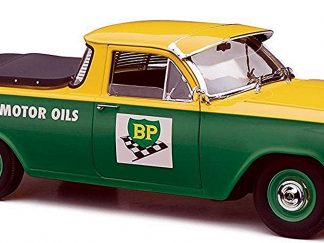