The 1975 Australian Touring Car championship was the 16th running of the ATCC.

It began at Symmons Plains and ended at Lakeside International Raceways after seven rounds.

The Holden Dealer Team retained the drivers title through Colin Bond whose Holden L34 Torana took victories at the opening round at Symmons Plains Raceway, then an end of season surge at Adelaide International Raceway and Lakeside International raceways saw Bond vault passed Allan Grice and Bob Morris to win the championship. 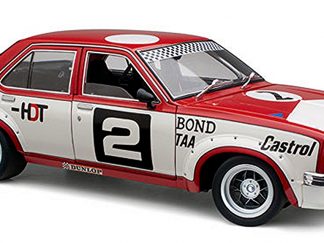