Produced in die-cast with fully opening parts other than the boot with detailed engine bay, highly detailed racing interior and faithfully replicated livery.

It will be produced in an exclusive limited edition quantity and will include a numbered Certificate of Authenticity. 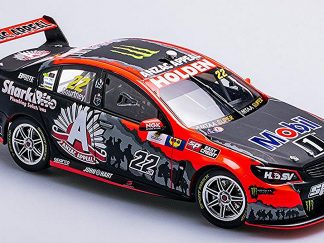