After a truly dominant performance at the 2021 Bathurst 1000 to become a two time winner of the Great Race, Chaz Mostert is an undisputed star of Supercars and entering the prime of his career. Now entering his third season with Walkinshaw Andretti United who are once again emerging to be a force to be reckoned with in the series, Mostert is chasing the championship crown to add to his already impressive motorsport resume, driving the #22 Mobil 1 Optus Racing Holden ZB Commodore in the 2022 Repco Supercars Championship.

Mostert’s fight for that championship certainly wasn’t hurt at the third event of theSupercars season, the Beaurepaires Melbourne 400 held as part of the Australian Grand Prix. He once again showed his class and pace, winning two of the four races held at the Albert Park circuit across the weekend. 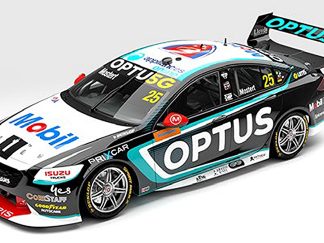