After taking out the 2017 Supercheap Bathurst 1000 crown, Penrite Racing arrived back at Mount Panorama for their 2018 campaign and proved the previous year’s win was definitely no fluke.

Their Holden ZB Commodore, featuring a special gold chrome livery, was the fastest car all weekend with Reynolds setting a 2:04.0589 time during the Top 10 Shootout to start the race on pole with co-driver Luke Youlden.

Come race day, the point that they had the fastest car all weekend was rammed home by the fact that at the final driver change of the race they had led 71 of the first 94 laps. Unfortunately it was ultimately a case of what might have been with driver fatigue causing Reynolds to pit for safety reasons to hand over the car to Youlden to finish the final laps costing them track position and the race, eventually finishing in 13th place.

Despite the heartbreaking result, the fan favourite team again proved to everyone that they’re definitely no one trick pony at the Great Race and in Supercars in general. 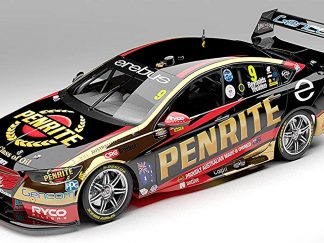