Please note, product images used may be of a real car photo, model car photo, mock-up, render, illustration, prototype or production sample and are used for display purposes only.

Produced in high quality die-cast with detailed interior and opening parts. This model will be produced in a limited edition with a numbered Certificate of Authenticity and a scale replica of the Peter Brock trophy will also be included. 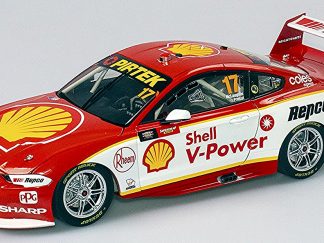