Don’t miss McLaughlin’s 2019 season car in 1:43 scale which is scheduled to be produced by Authentic Collectables in high quality sealed body die-cast with clear windows, detailed interior and will be presented in a clear display case. This model will be produced in a limited edition. 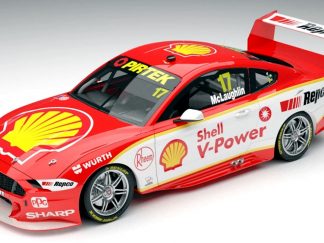