The 2017 season was an impressive year for Coulthard, who combined with team mate Scott McLaughlin to claim the Teams Championship for the Shell V-Power Racing Team. Along the way, Coulthard racked up race wins at Symmons Plains, Phillip Island, Hidden Valley and Sydney Motorsport Park along with a number of podiums (including a third place at Bathurst) to finish a career best 3rd place in the drivers championship. With a career best year being him, 2018 shapes to be another big year for both the driver and team. 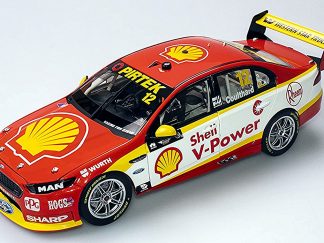