2019 has seen somewhat of a renaissance for Lee Holdsworth. Having almost driven for Tickford twice previously, Holdsworth finally found himself in the seat of Car 5, in what played out to be a straight swap with Mark Winterbottom. After a few years in the Supercar wilderness, Supercar race winner Holdsworth, has immediately found his feet, now sitting inside the top ten in the championship and improving with each and every round.

Don’t miss Holdsworths’s 2019 season car in 1:43 scale which is scheduled to be produced by Authentic Collectables in high quality sealed body die-cast with clear windows, detailed interior and will be presented in a clear display case. This model will be produced in a limited edition. 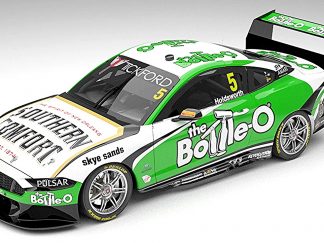