On July 4, 1965, a car created by a handful of California hot-rodders won America its first and only FIA manufacturers’ road-racing championship. That machine, the 1964 Shelby Cobra Daytona Coupe, was spearheaded by racing director Ken Miles and designer Peter Brock. From Carroll Shelby’s shop in Los Angeles, it went to Daytona, Sebring, and Europe. The Shelby took down Ferrari, who had won 10 FIA sports-car titles in the previous 12 years. It was such a rare model that only six of these were produced worldwide. 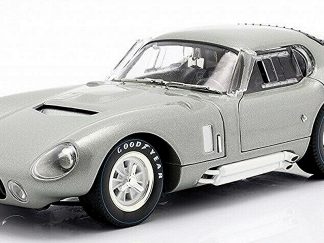