In 1966, Jack Brabham took his own BT19 to an eighth career win in F1, triumphing in the French Grand Prix on his way to winning his third world championship title.

The event was the last F1 Grand Prix to be run at the Reims circuit, located in the country’s Champagne region, but also marked the first win in the history of F1 for a driver racing a car of his own construction. It was also the maiden GP win for the Repco engine.

Ferrari had set the early pace with Lorenzo Bandini leading the field for over half the race before a throttle cable failure forced the Italian into retirement, with Brabham then taking command all the way to the checkered flag. 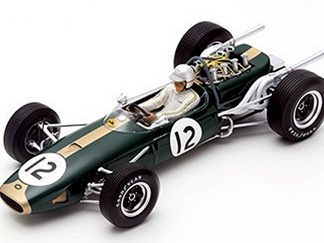