With two new drivers in Will Brown and Brodie Kostecki making their full-time main game debuts and the departure of Penrite as the teams major sponsor, the 2021 Supercars season was always going to be one of changes for Erebus Motorsport.
In true Erebus style they embraced this straight out of the blocks when they unveiled two absolutely stunning black and white liveries out of nowhere for their testing days at Winton in February.
A team known for their appetite for different liveries, the 2021 test colour schemes were really breathtaking and we are very excited to be replicating them in model form for collectors. 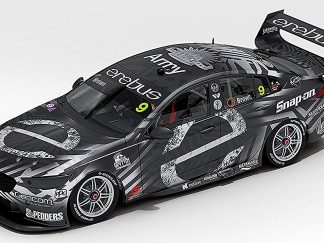