Featuring an amazing retro themed livery paying homage to the vintage Chickadee colours of the Holden VK Commodore that Graeme Bailey and Allan Grice drove to win a surprise victory at the 1986 Bathurst 1000, this car simply looked fantastic and is a perfect example of a retro livery done right.

As part of the launch for this car and the #99 team mate car of DePasquale/Brown which payed tribute to his Toyota Celica in another retro livery, Graeme Bailey was on hand and described the liveries as an honour.

The Penrite ZB Commodore looked magnificent and it performed pretty well on race day too – albeit not quite to the lofty standards as the 1986 car, ultimately finishing in 5th place for the race. 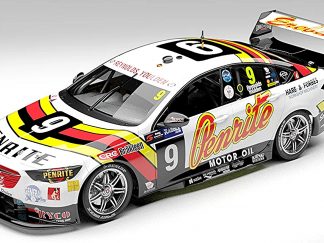