Teaming up with experienced campaigner Lee Holdsworth for the 2015 endurance races in car 18 was a man with plenty of international respect and credentials, Sébastien Bourdais. One of the most successful drivers in Champ Car World Series history, along with stints in F1 and Indy Car, Bourdais certainly had the experience to be Holdsworth’s co-driver to race at a couple of Australia’s most famous races.

Limited edition of 504 units, with Certificate of Authenticity. 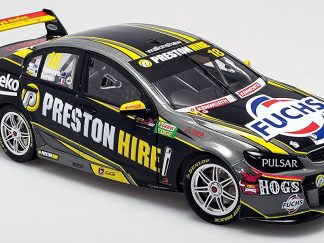