Fans certainly weren’t disappointed when the Mobil 1 HSV Racing Team was officially announced on Monday February 6, 2017 revealing the two striking black and red Commodore’s that would be raced during the upcoming Supercars season.

This model is produced in die-cast presented in a clear acrylic display case in an exclusive limited edition with a numbered Certificate of Authenticity. 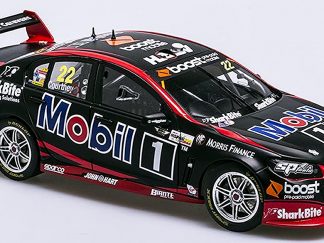