Fans certainly weren’t disappointed when the Mobil 1 HSV Racing Team was officially announced on Monday February 6, 2017 revealing the two striking black and red Commodore’s that would be raced during the upcoming Supercars season. 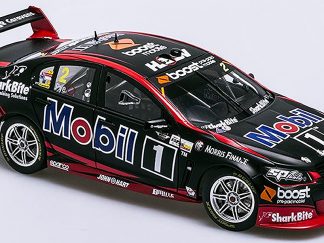