Scott Pye’s last Bathurst 1000 appearance with DJR Team Penske. Partnered with Tony D’Alberto in the iconic #17 Ford Falcon FGX, Pye featured in the Top 10 Shootout and qualified in 9th position, with the duo ultimately finishing in 5th place for the 2016 edition of ‘The Great Race’.

This model will be produced in die-cast with opening part features which include the bonnet and all four doors in an exclusive limited edition with a numbered Certificate of Authenticity. 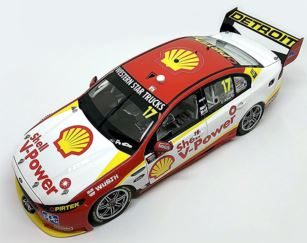