The 2020 season was Holdsworth’s second season with Tickford Racing, albeit in a different coloured Mustang with a different primary sponsor!
The unusual year, which was impacted by the global COVID-19 Pandemic, saw Tickford Racing as one of the Melbourne based teams who were forced to clear out of the state with around 24 hours notice and be on the road for over 100 days in order for the Championship to continue – a massive effort and commitment which didn’t go unnoticed by fans of the sport.
Ultimately finishing 11th overall in the driver’s championship, it’s hard to know the extent of how the extended time on the road impacted Holdsworth’s chances in 2020 but the year did have some highlights. Back to back 2nd place finishes across two weekends at Sydney Motorsport Park and provisional Pole at the Bathurst 1000 were certainly memorable moments. 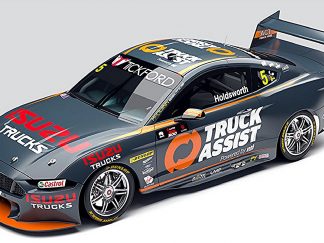