This model will be produced in resin.

Winston Churchill, Britain’s Prime Minister during World War II, was presented with a Land Rover series I on his 80th birthday, in 1954.

There were some special customisations made to the car like an extra wide seat so as to accommodate Sir Churchill more comfortably, along with a footwell heater and a grab handle made of leather. 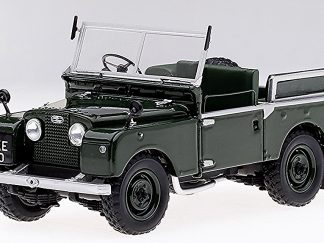